Sinea&Vornicu-Chira: Energy poverty and the challenges of communist-era housing facilities 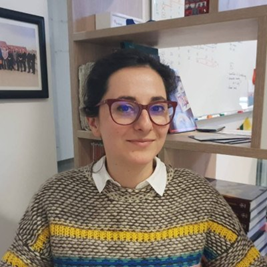 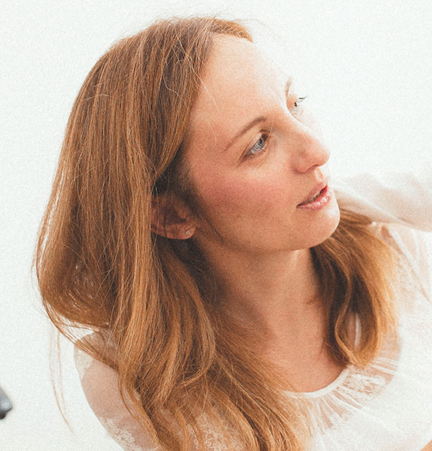 In CEE/SEE energy poverty has multiple manifestations. In the urban areas multifamily and, to a more limited extent, the single-family (i.e. Hungary) panel buildings are affected disproportionately due to a number of features. These facilities were erected in waves between the 1960s and 1980s to uphold the massive industrialization and urbanization process of the socialist era. Low in efficiency and fast-to-assemble they relied on heavily subsidized energy. With the fall of communism, transition left these buildings badly maintained, deteriorating and warmed with degraded district heating systems. In Hungary 50% of the housing facilities were built before 1990 (Tirado Herrero et al, 2013), having one of the highest levels of energy consumption in the European Union (Herrero and Ürge-Vorsatz, 2010, ODYSEE-MURE). In 2015 more than 18% of Bulgarian dwellings were made from concrete panels, mostly in cities. Around 10% need immediate intervention (Jeliazkova et al, 2020). In Romania over 70% percent of urban dwellings are in multifamily apartment blocks, mostly built before 1989 (World Bank, 2015).

The challenges related to these housing facilities are manyfold . The structural issues are complex resulting in high inefficiencies. Combined with rising energy prices resulting from the privatization of utilities and energy market liberalization, and low incomes (some of the lowest in the EU), they leave consumers utterly captive in a state of energy poverty. With little alternative, consumers are forced to employ various coping solutions. In Bucharest households use electric boilers as a backup for the unreliable hot water supply. This is expensive, but the only method available. The situation in Bucharest is by far the most critical in the region with losses of over 1400 tons of water and heating fuel/per hour in the distribution system in 2020 resulting in repeated heating and hot water supply service failures even in winter (Sinea, 2020). Losses are socialized in the bills and there is a high pressure on production due to excessive consumption and losses (Nicut, 2019) . The district heating and hot water distribution system failure is imminent affecting 1.2 mil. people. In Bucharest interventions have been piecemeal. And discussions about more extensive measures are ongoing. If there solutions are part of the political debate, in other areas they are completely absent.

Much of the inefficiencies in the residential sector are also related to user-behaviours. Despite rising energy prices, wasteful practices reminiscent of heavy subsidies in the past still persist. Partial and temporary room heating is common practice in Romania (Ministerul Energiei, 2016). Heating below standards at times, or over-heating are much employed and highly inefficient coping practices.

National renovation programmes targeting urban multifamily buildings have been implemented in these countries, especially with European funds. However, results have remained unsatisfactory as between 2014-2020 in Romania under ¼ of the proposed projects have been performed, under 8% in Bulgaria and under 2% in Hungary (EU, 2020). National experts say that even so improvement targets have not been set around energy poverty, whereas results  have not been measured for savings. No behavioral interventions to reducing energy poverty have been applied so far.

Under the new strategic aims of the European Union concerning buildings renovation, an increase in the pace and depth of renovation to secure accessible sustainable housing at the level of all Member States, gives a positive perspective to these housing facilities. Nevertheless, more targeted action is needed. In the programme roll-out in CEE/SEE, socialist-era residential buildings and neighborhoods are insufficiently approached and should be regarded as an objective in itself, given the magnitude of the issue.

Moreover, the general mistrust between neighbors, or towards the public administrations and other key stakeholders have been rightfully recognized by the RWI. Such attitude is very typical of multifamily buildings, and has proved to be an important barrier due to the unwillingness of some of the households to pay their share of co-funding. However, there are few initiatives to address the issue. What is more, the Renovation Wave communication does not sufficiently touch upon the district heating problem. More straightforward instruments are needed in order to accommodate its challenges.

In the region energy poverty is a multifaceted and deeply embedded issue, the urban setting with the large neighborhoods of panel-made multifamily blocks being just a part of it. Challenges of energy poverty and vulnerability here are specific complex. Their resolution is uneasy given the deep roots of the issue and the social and political implications. Though widespread, energy poverty has never been recognized as part of the problem. An official recognition of it might allow for more progress on the topic and the related issues and better-suited more innovative and targeted actions.

About the authors representing Center for the Study of Democracy, Babes-Bolyai University, Cluj-Napoca, Romania

Anca C. Sinea, PhD, is an energy policy researcher at the Department of Political Science of Babes-Bolyai University (Cluj-Napoca, Romania). Her research work originates in the area of International Relations as she holds an MA at the Diplomatic Academy of Vienna, where she centered on conflictual relations in the field of energy, and a PhD at the Babes-Bolyai University (BBU) in Cluj Napoca with a focus on energy cooperation and multilateral diplomacy in the field of resources in CEE. Over the years she has been involved in both academic research, teaching and in consulting in the private sector and the policy-making process, both in matters related to energy poverty and security. Currently she is affiliated to the Center for the Study of Democracy think-tank of the BBU, she holds a board member position in the ENGAGER COST Action on energy poverty.

Andreea Vornicu-Chira is a researcher at the Center for the Study of Democracy (CSD)  and a Ph.D. Candidate at Babes-Bolyai University, Cluj-Napoca, Romania. Andreea has extensive fieldwork experience in remote communities and, in the last years, she has been exploring the various dimensions of energy poverty in Central and Eastern European countries.